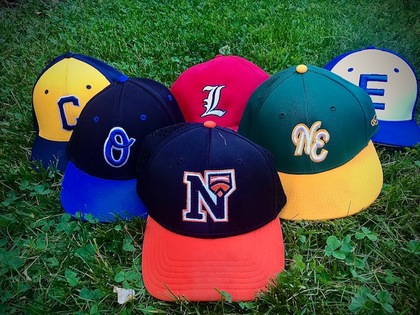 Frederick National Little League has provided support to our community and youth for over 70 years. Now, we are asking for our FNLL alumni and community to help support and give back for the next generation, so LET'S PASS THE HAT!

Over the past couple years, due to COVID-19, the league has operated with only the funds from player registrations. Those funds have helped keep FNLL operating for kids who were in need of a social outlet during a tough time, but it has also limited the league from investing in and growing the league. Sponsorship and fundraising capabilities were limited because of lack of group gatherings and tight budgets from small businesses.

This virtual PASS THE HAT fundraiser is to make up for the last couple years. But in typical FNLL style we want to make it fun and competitive at the same time!

HOW WILL THIS WORK? we are calling on alumni, sponsors, friends and families from current and past years to go to the FNLL PASS THE HAT fundraising page and donate to our league in the name of one the FNLL legacy sponsored teams. The team that raises the most money will WIN and be presented a Little League banner that will fly in the outfield just like a District or State Championship banner.

The fundraiser will last until June 18, 2022 (71st anniversary of the first game at FNLL).

HOW TO WIN? Challenge former teammates and give and share the team page on Social Media platforms. FNLL will update current standing every couple days on the FNLL FaceBook page!

All fundraising money will go to support ALL FNLL teams: Teeball, Coach Pitch, Minors Kid Pitch, Majors, Intermediate, Juniors, and Seniors. Thank you so very much for your support of Frederick National Little League!!

Your donations will help pay for:

Other FNLL Teams
Not in the list? Add participant.

What a fabulous few years of our lives!!